Juneteenth Observance – How Juneteenth was Different this Year

“Juneteenth” has gone by many names – whether you call it Emancipation Day, Freedom Day or the country’s second Independence Day, Juneteenth is one of the most important anniversaries in American history.

On June 19, 1865, Maj. Gen. Gordon Granger, who had fought for the Union, led a force of soldiers to Galveston, Texas, to deliver a very important message: The war was finally over, the Union had won, and the enforcement of the end of slavery was soon to begin.

The announcement came long after President Abraham Lincoln had first signed the Emancipation Proclamation on January 1st, 1863, and two months after the effective conclusion of the Civil War. It wasn’t until on June 19, 1865 when the last enslaved people in the South were freed by the Union army.

That was 156 years ago. This year, Americans across the country celebrated Juneteenth as a federal holiday for the first time.

It is the first federal holiday to be created by Congress since 1983, when lawmakers designated the third Monday in January as Martin Luther King Jr. Day, in honor of the slain civil-rights leader. After years of campaigning for the holiday to be recognized, President Biden signed bipartisan legislation making Juneteenth a federal holiday on June 17, 2021. The bill passed the Senate unanimously and was approved 415-14 in the House. Congressional leaders from both parties said establishing the holiday was an important gesture in recognizing those who suffered under American slavery and as an act of racial reconciliation, and the new federal holiday took effect immediately. Because the first observance fell on Saturday, most federal employees were given off Friday, June 18.

Although Juneteenth is the oldest nationally celebrated commemoration of the ending of slavery in the United States, it was celebrated long before it became a federal holiday. Amidst a pandemic that has disproportionately affected people of color, and a protest movement against police brutality and structural racism toward black Americans, this year it was cause for wide celebration across the country. From barbecues and cookouts, sipping on red drinks, parades, public murals to shopping only at black-owned businesses to simply spending time with friends and family at home – this year was truly a reason to celebrate. Here’s a look at how Juneteenth was celebrated in 2021, vs 100 years ago: 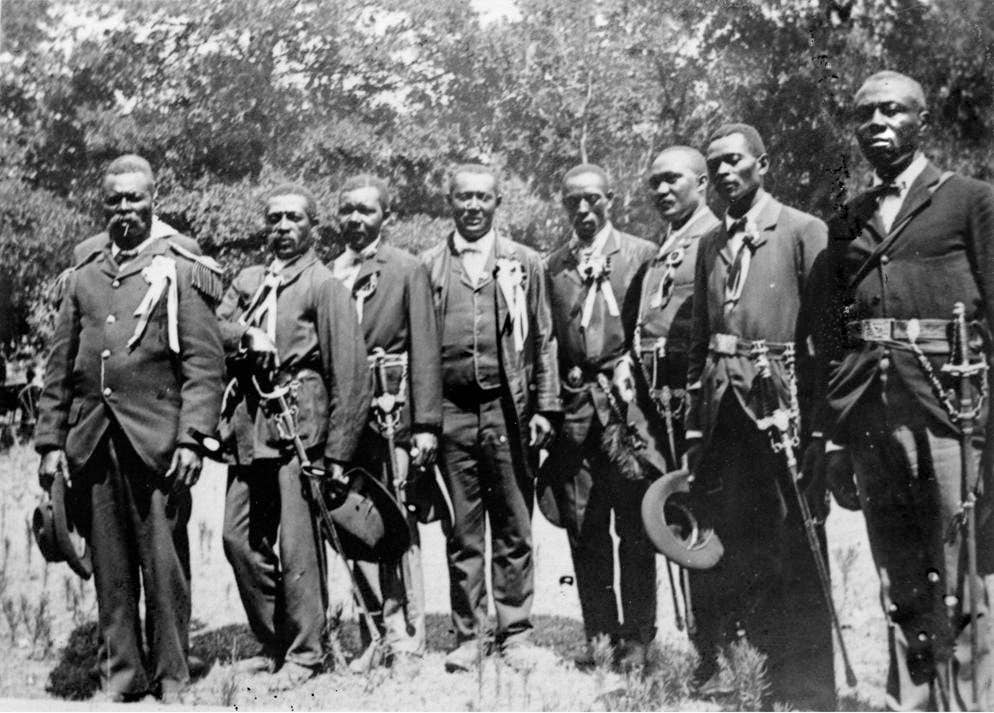 Civil War reenactors at a Juneteenth celebration at Eastwoods Park, Texas, in 1900 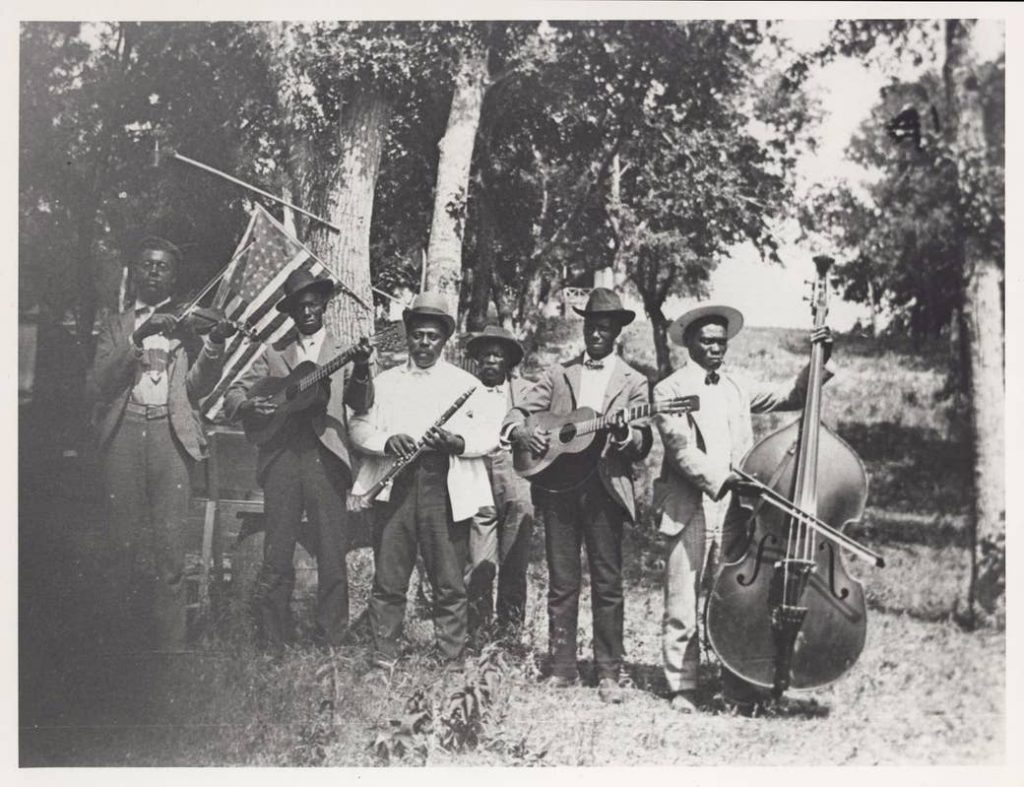 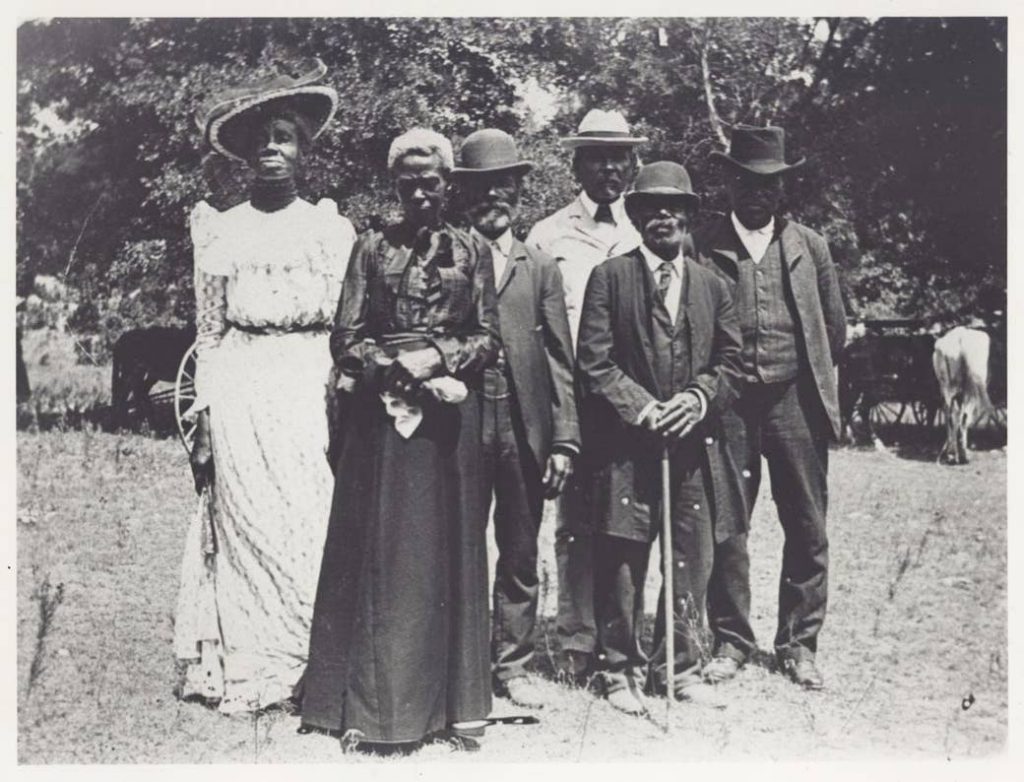 A group of older adults on Juneteenth. Photograph by Grace Murray Stephenson of celebrations in Eastwoods Park, Austin, 1900.

A woman stands before a decorated carriage. Photograph by George McCuistion of Juneteenth celebrations in Corpus Christi, Texas, 1913. 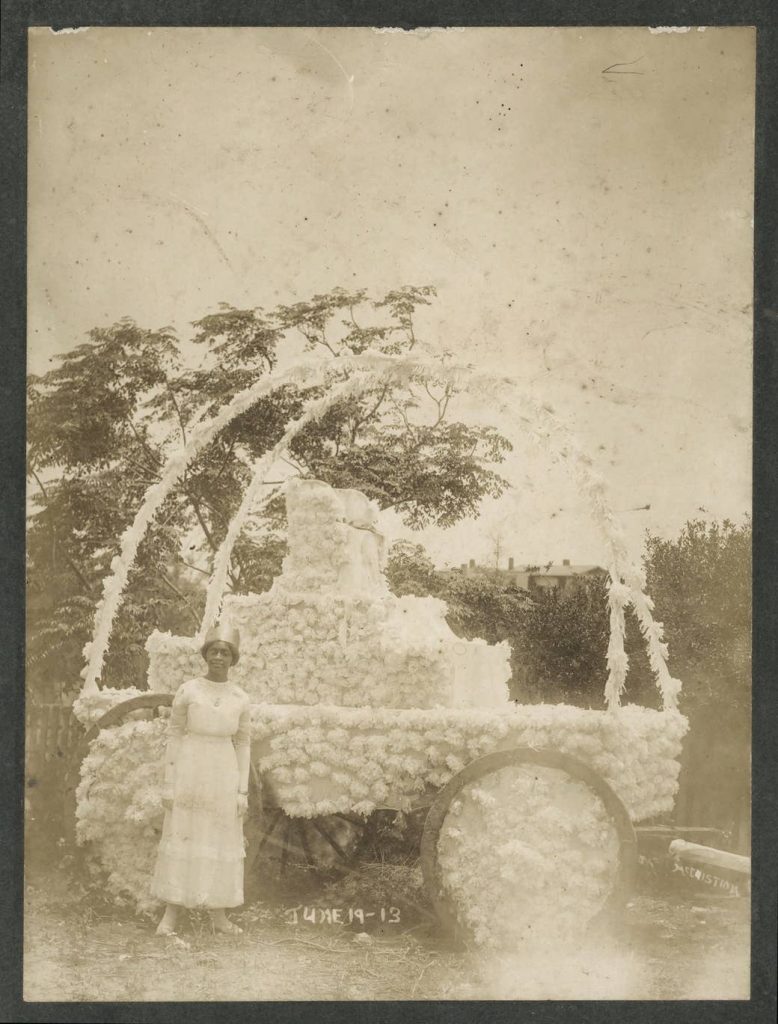 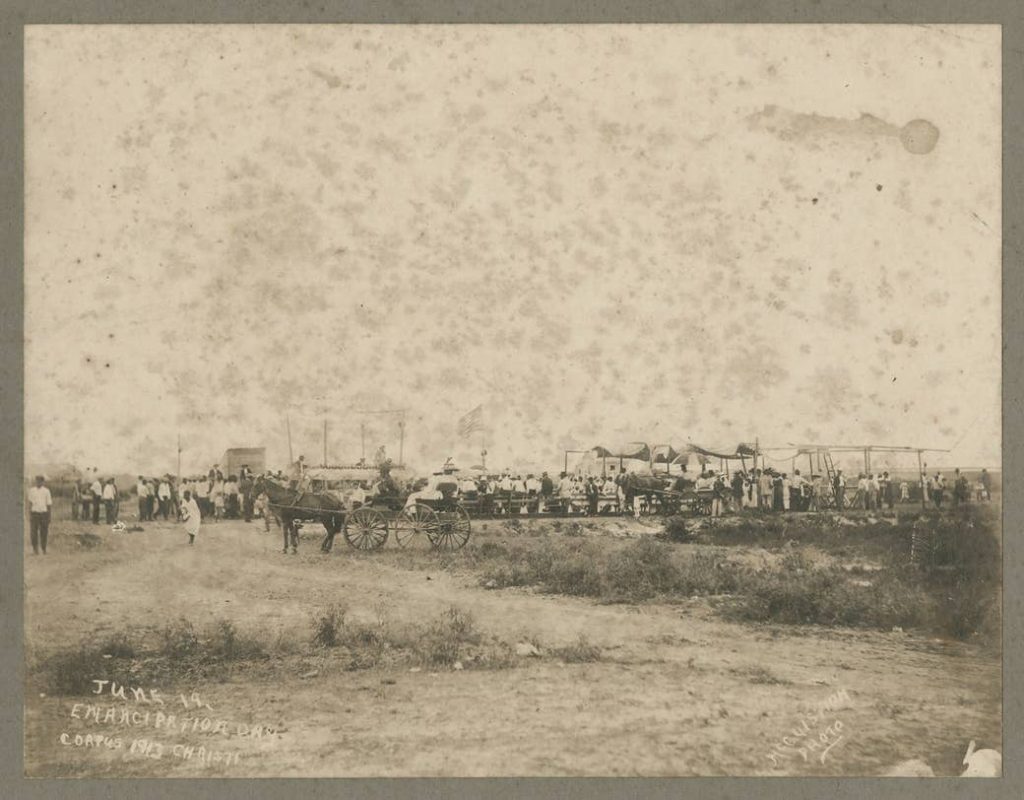 People gathered before a stage for Juneteenth celebrations in Corpus Christi, Texas, 1913

Juneteenth celebrations in Richmond, Virginia, circa 1905 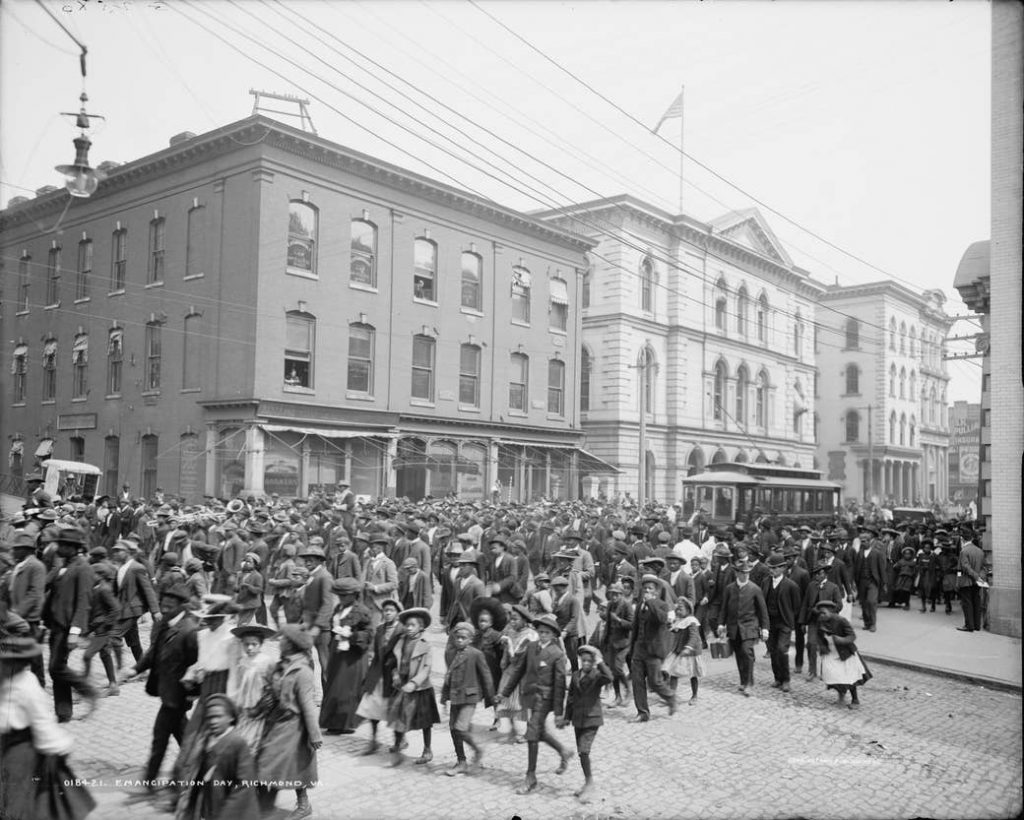 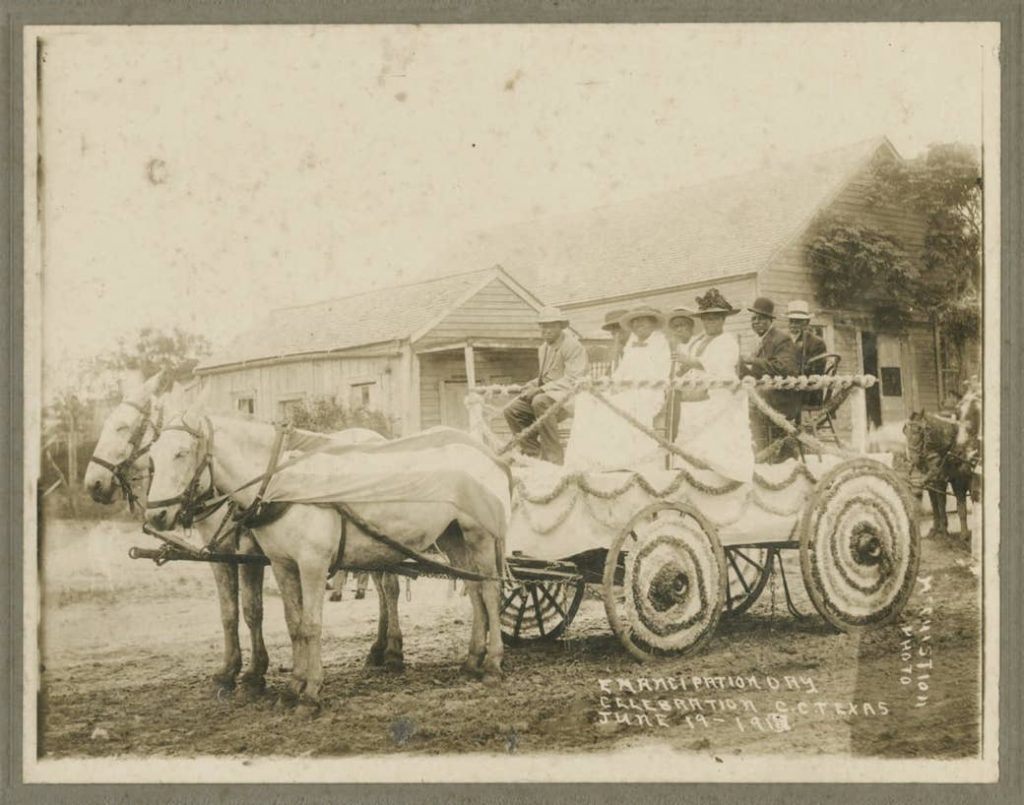 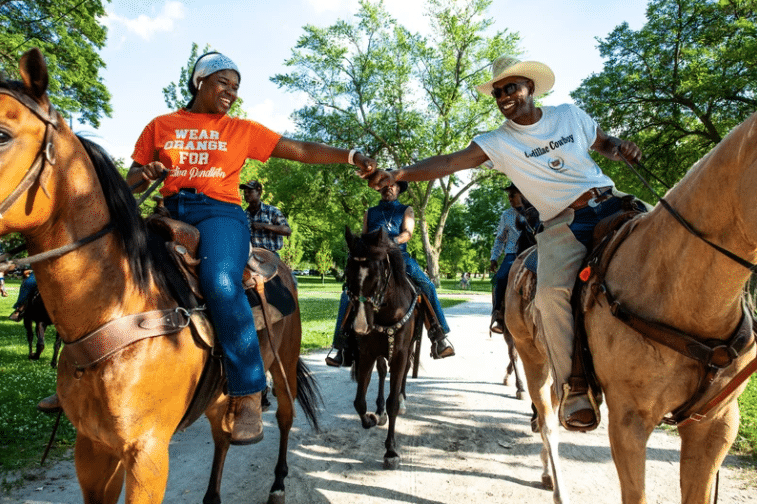 People celebrate last year’s Juneteenth by riding horses through Washington Park in Chicago. This year, it is a federal holiday.

People watch the Juneteenth Parade in historic Galveston, Texas on Saturday — where 156 years ago news reached the city that slavery had been abolished. 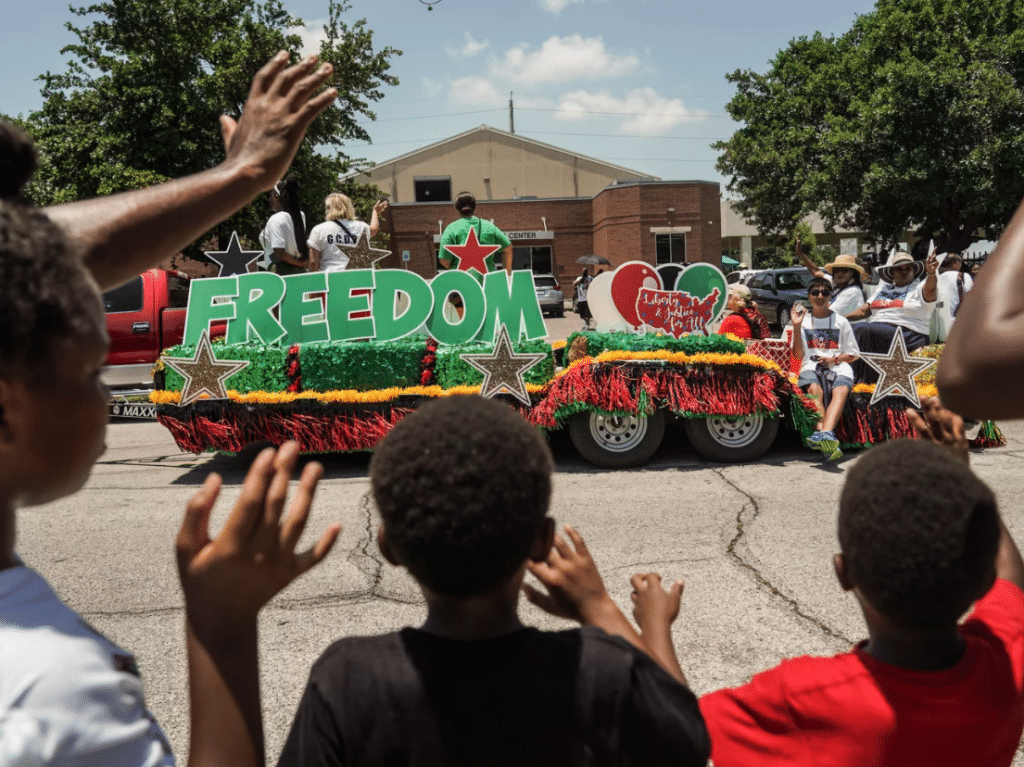 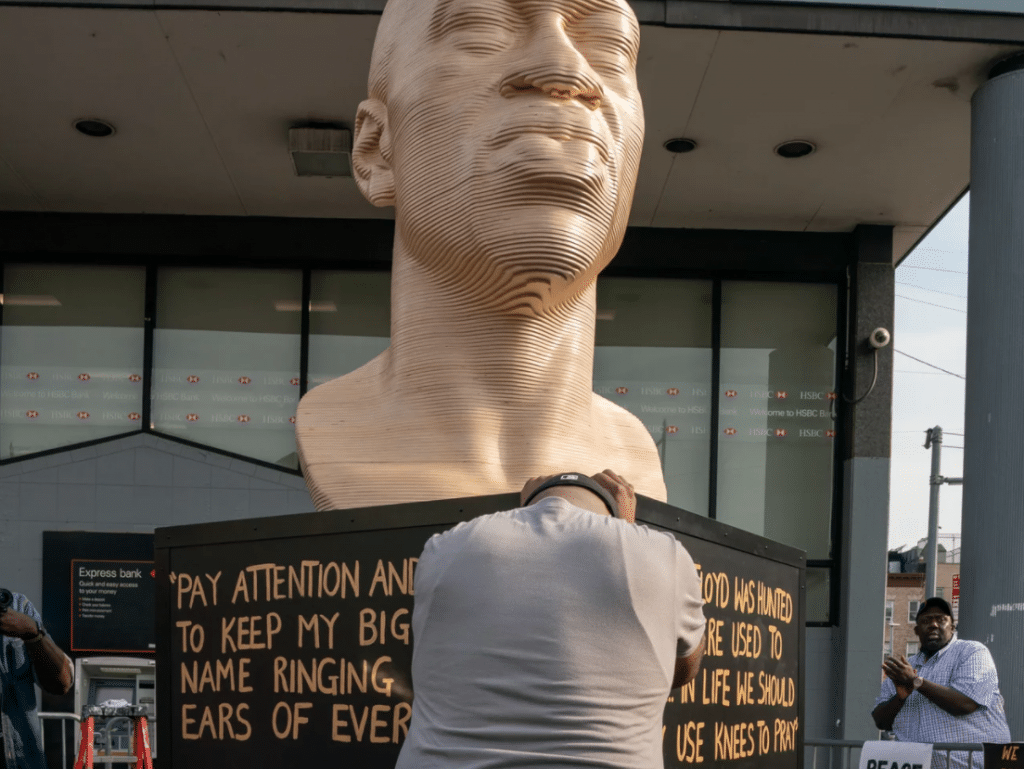 Acting Mayor Kim Janey, right, takes a photo as Bostonians gather together on Friday in Nubian Square. Janey is the first woman and first Black person to serve as mayor of Boston. 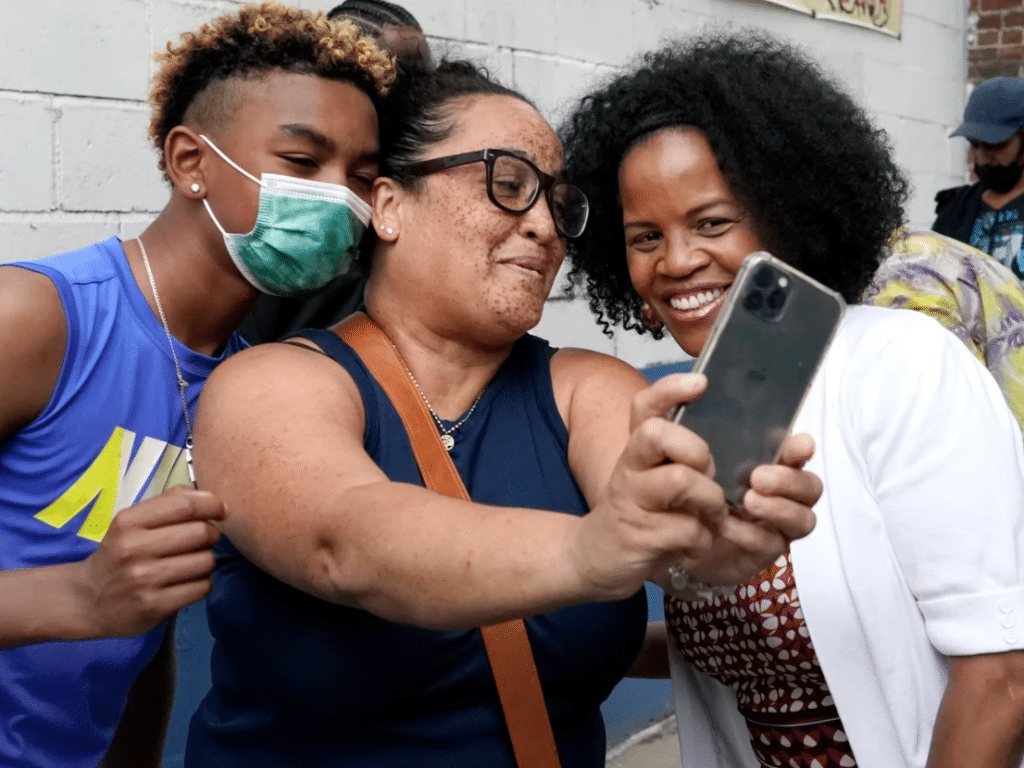 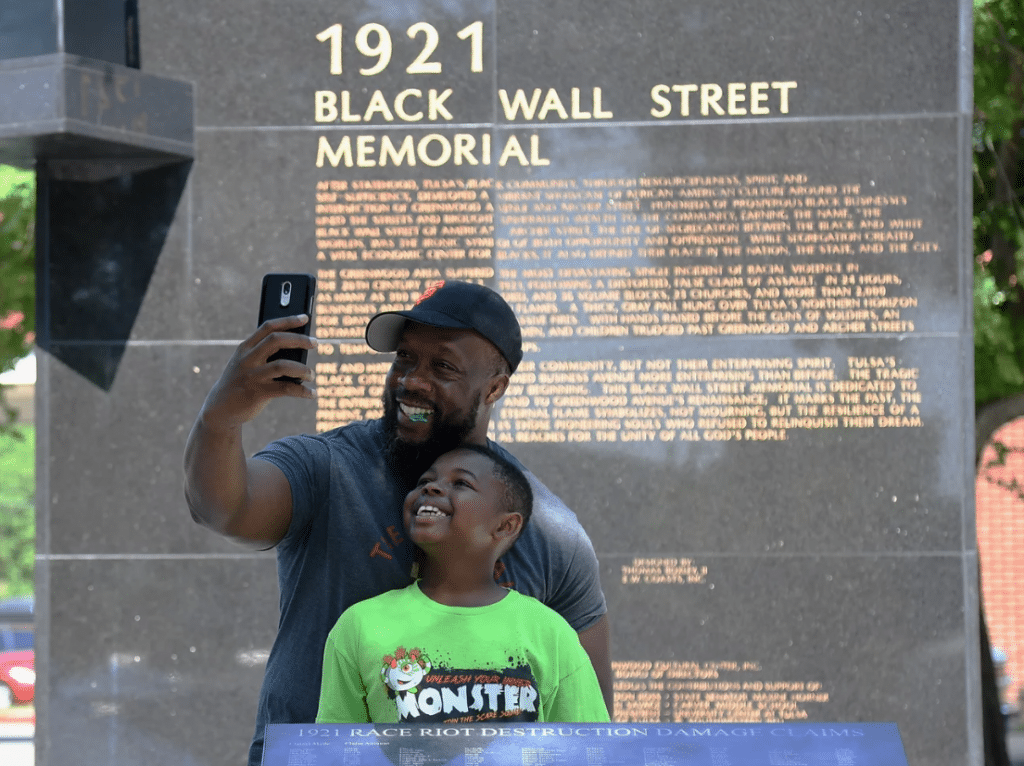 A father and son take a selfie while visiting Greenwood’s Black Wall Street Memorial on Saturday.

Food vendors gather together on Friday in Atlanta’s Castleberry Hill to honor Juneteenth. The event, named, “Celebration of Truth,” was hosted by The Black News Network. 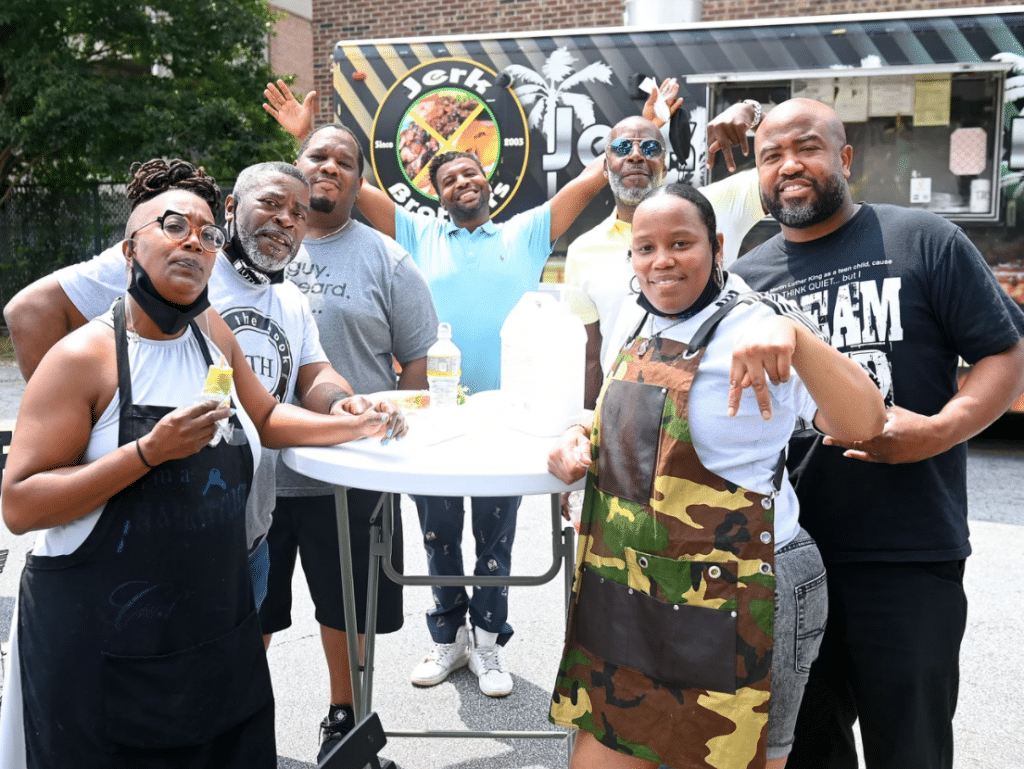 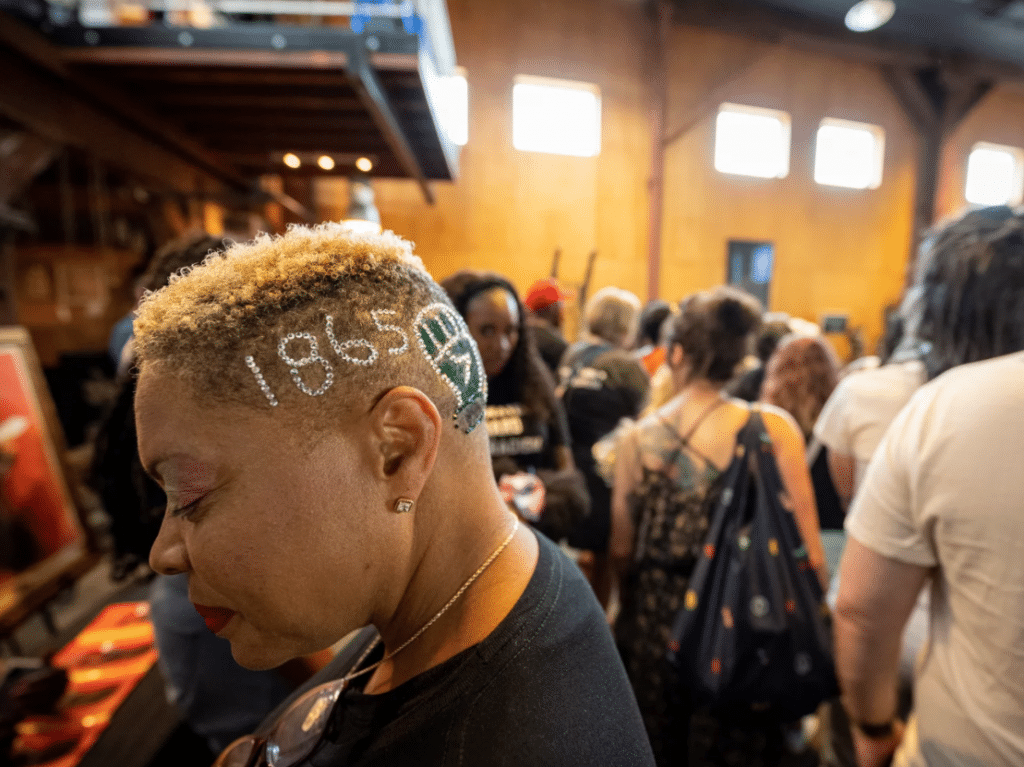 A woman displays an embroidered “1865” in her hair while attending the launch of a new art project at Louisville’s Roots 101 Museum on Saturday. The project, titled “On the Banks of Freedom,” explores Louisville’s participation in slavery and commemorates the lives of enslaved people whose names were not recorded.

The significance of declaring Juneteenth a federal holiday is just one step in the journey towards equality. To honor the holiday, we hope all Americans were able to take part in the opportunity to reflect and learn. Gaining a greater understanding of our past and the struggles of Black Americans helps to unify us all and create a more prosperous and joyful future. 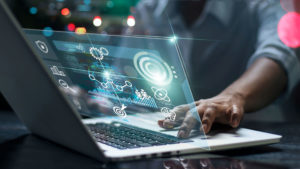 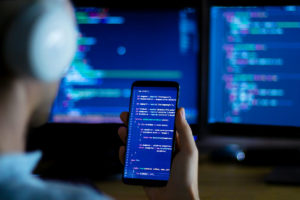 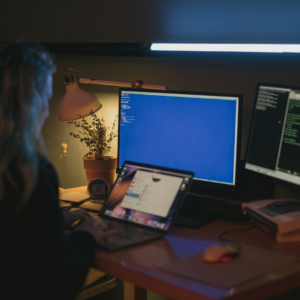