Questions about whether this program is right for you? We’ll help match you with the best program to meet your career goals.
GET HELP
Menu

CIAT is excited to announce our next in-person graduation ceremony. Please save the date for Friday, September 8, 2023! The ceremony will take place in San Diego, California at the Spreckels Organ Pavilion in Balboa Park.

We are extending this year’s graduate participant list to include all students who were unable to participate in a prior graduation ceremony due to COVID-19. You are eligible to participate if you graduated between June 2019 and August 2023.

Friday September 8th marks the day when all degrees and certificates are formally conferred, this marks a day of celebration for our student’s hard work! 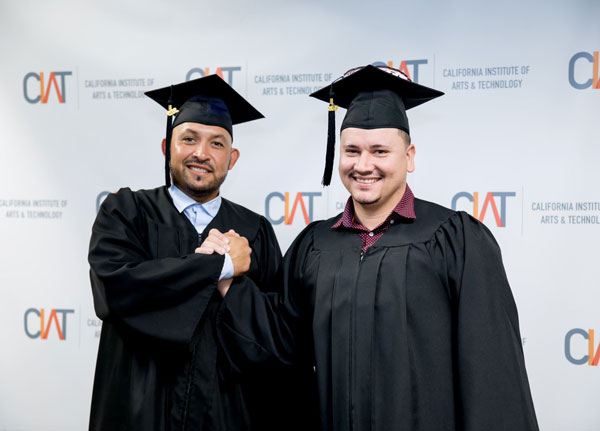 After establishing your eligibility for graduation, please RSVP for verification that you will be attending the virtual commencement on June 4th, 2022.

The deadline to purchase your CIAT cap & gown, was April 11th, 2022, in order to ensure orders will come on time. However, if you still wish to purchase a Cap & Gown you may do so on Amazon.

Upload a professional photo, preferably with your cap and gown if you choose to purchase. This photo will be used to highlight your achievements in a personal graduate slide. The deadline to submit is May 30th, 2022.

When is the 2023 graduation commencement ceremony?

The 2023 graduation commencement ceremony is on Friday, September 8, 2023.

What time does the 2023 graduation commencement ceremony start?

The 2023 graduation commencement ceremony will start at 6:00 pm.

What time does the 2023 graduation commencement ceremony end?

The 2023 graduation commencement ceremony will end at 7:30 pm.

What is the deadline to RSVP for the 2023 Graduation Commencement Ceremony?

How do I know if I am eligible to participate in the 2023 graduation commencement ceremony?

Any certificate and degree seeking students who completed their program on or after 6/1/2019 are eligible to participate.

If I already attended the previous virtual graduation commencement, can I still attend this in-person ceremony?

Yes! We encourage you to also attend the in-person ceremony.

Where will the 2023 graduation commencement ceremony be held?

The 2023 graduation commencement ceremony will be held at the Spreckels Organ Pavilion in Balboa Park, which is in San Diego, California.

What is the address for the Spreckels Organ Pavilion in Balboa Park?

The address for the Spreckels Organ Pavilion is:

What are the directions to the Spreckels Organ Pavilion in Balboa Park?

If you are driving to the venue from north San Diego via CA-163 South:

If you are driving to the venue from north San Diego via I-5 South:

If you are driving to the venue from south San Diego via I-5 North:

If you are taking the Balboa Park Tram:

If you are taking public transportation:

Will the 2023 graduation ceremony be live streamed?

Yes! When you RSVP, please indicate whether you plan to attend in-person or virtually.

How do I receive my graduation regalia?

If you RSVP and indicate that you plan to attend the in-person event, we will provide you with instructions on how to purchase your regalia, which will be mailed directly to you.

Can I decorate my cap?

Yes! We encourage you to get creative and decorate your cap.

Will I receive my diploma/certificate at the ceremony?

Will there be a professional photographer?

Yes! CIAT will ensure that a professional photographer is available to capture your special day.

Does the venue have any restrictions on what my guests can bring?

Do my guests need to purchase or reserve tickets to the event?

No! There is plenty of seating at the Spreckels Organ Pavilion.

Is there parking available at the Spreckels Organ Pavilion in Balboa Park?

Yes! There is plenty of parking located behind the venue and in the surrounding area.

Is there a charge for parking?

No! There is no charge for parking.

Are there restrooms located at the venue?

Yes! The nearest restrooms are towards the venue’s west side- right across the walkway.

Is there ADA seating for myself or guests?

Yes! When you RSVP, please be sure to indicate if you or a guest(s) have ADA accommodations.

What are the nearest hotels to the venue?

San Diego has many options for hotels in the surrounding areas:

What attractions does San Diego have to offer me and my guest(s)?

San Diego has many attractions for you and your guest(s):

Will there be any ‘Grad Week’ activities for me and my guest(s) to attend?

Invite loved ones to join the virtual celebration. Send personal invitations through Evite and Punchbowl

If you're looking for a school that will help you achieve a dream job in IT, this is it! Their programs are awesome and the amount of certifications you obtain are unbelievable. Not only has this school help achieve more knowledge in the IT field but has put me in the right path for success in this type of industry. I thank you CIAT
David ZCybersecurity Student
Class of 2021

Honestly, CIAT is a really great experience from the time you start all the way to the time you graduate. Great place!!!
Calvin LCybersecurity Student
Class of 2021

I am on my way to obtaining my cyber security degree with CIAT. I never thought going to college would be possible for someone my age, especially for an IT degree. CIAT has been an amazing experience that I would recommend to anyone who is looking to be better at what they do in the IT field.
David SCybersecurity Student
Class of 2021

I wanted training and certification in the Cybersecurity field. At CIAT, I am receiving that education and so much more. The professors, administration and all staff are extremely dedicated to my education and making sure I am doing my best and succeeding. The classes are intense and fast paced, and very informative. I enjoy immensely each class I take and what I am learning. CIAT is definitely setting me on the right track for a future in Cybersecurity.
Sarah BCybersecurity Student
Class of 2021 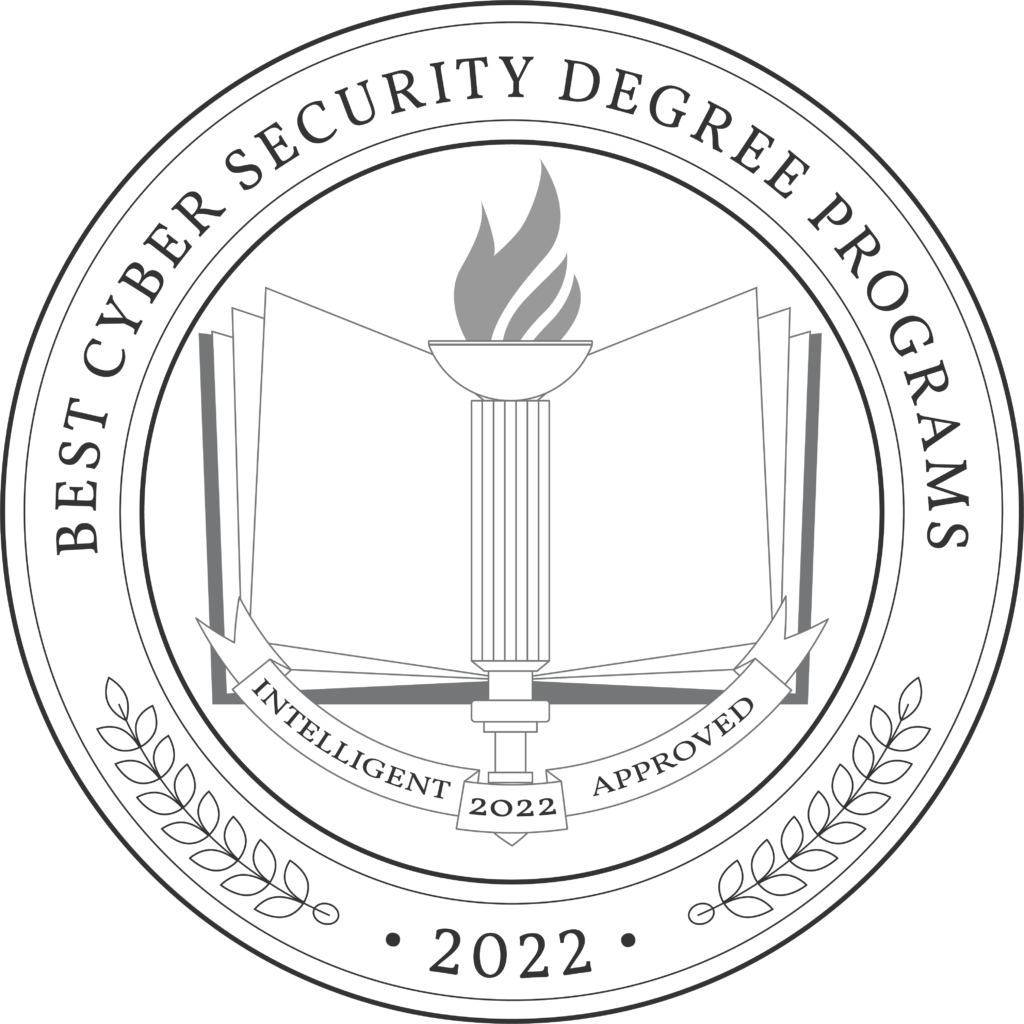 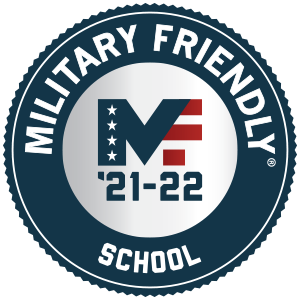 We have high standards and we believe you should too. CIAT has proudly earned accreditation from the Accrediting Council for Continuing Education & Training (ACCET) listed by the U.S. Department of Education as a nationally recognized accrediting agency. 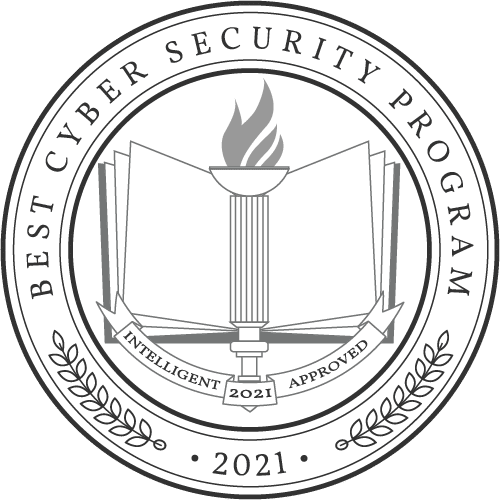 We have high standards and we believe you should too. CIAT has proudly earned accreditation from the Accrediting Council for Continuing Education & Training (ACCET) listed by the U.S. Department of Education as a nationally recognized accrediting agency.

Questions about whether this program is right for you? We’ll help match you with the best program to meet your career goals.
GET HELP