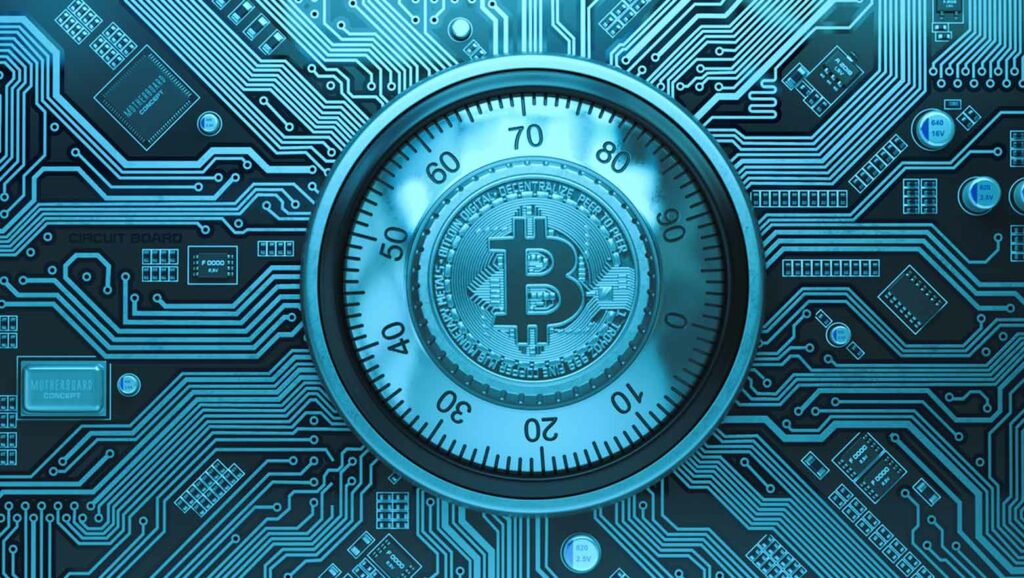 CIAT. Edu offers a certificate program for people seeking a career in software development and cybersecurity.

What is a Blockchain, in Simple Words?

A blockchain is a standardized electronic ledger of digital transactions distributed over a network. Blockchain and private blockchain networks are gaining mind share across the financial, healthcare, medical records, supply chain, and education sectors. Many blockchain applications include support for smart contracts, including car leasing, apartment rental, and automatic distribution of wealth. More financial institutions are moving to various types of blockchain networks to support a greater need for protection for their monetary transactions, storing data, and preventing fraudulent transactions.

What is the Main Purpose of Blockchain?

Satoshi Nakamoto introduced blockchain technology in 2008, a technology that has been around for over a century. Nikato continually updated the design using HashCash methods. The underlying blockchain has developed into one of bitcoin’s major components. Blockchain data volumes for cryptocurrency continue to grow significantly. By August 2014, the storage was about 20 gigabytes, eventually over 200 gigabytes. Nakamoto’s design called for blockchain technology to leverage a distributed ledger technology strategy. The entire blockchain technology promoted higher cybersecurity attack prevention and greater data privacy for financial transactions by having several copies of ledgers in the design.

How do different industries use blockchain?

Blockchain technologies are emerging and are creatively used by various industry sectors. It described applications from different sectors of the industry in this subsection.

The retailers using blockchain track the goods from supplier to buyer. Amazon is launching the next version of the blockchain to verify the authenticity of all merchandise viewed online. Amazon sellers can map their supply chain by allowing participants to register with certificate authorities and create new data.

What is the Primary Purpose of Blockchain?

Blockchains enable the recording and dissemination of digital data without editing. In this fashion, blockchain technology is an immovable ledger that contains information about transactions that are not deleted.

It does not limit blockchains to money. Because of its safe and transparent nature, the software can accommodate more complex needs than expertise. Almost all industries using blockchains are leveraging this technology.

New and existing blockchain infrastructure requires extensive power and utility to operate. Most countries that host blockchain technology for bitcoin mining recognize the impact of the power consumption requirements. First, as has happened in many other sectors, the energy mix of bitcoin grows less dependent on fossil fuels every year. In the US, publicly traded companies with an increasing focus on environmental sustainability have gained significant ground in recent years.

China recently announced plans to ban all new mines in the country. Meanwhile, many organizations within the sector have launched initiatives like the crypto climate accord – inspired by the Paris agreement – to advocate for and commit themselves to reducing bitcoin’s environmental impact. And, of course, given the growing popularity of renewables like solar, bitcoin may eventually serve as a severe motivation for miners to invest in building these systems.

At an estimated annual rate of 131.26 terawatts (terawatts), bitcoin mining computing power would be among the top 30 countries for total energy use.

As mining rigs require more energy, nearby power stations need to generate more power to compensate, which increases the likelihood that more fossil fuel will be consumed. States with struggling power stations, like Montana, Nevada, and New York, are attempting to attract cryptocurrency miners.

There’s also the problem of e-waste. This includes broken electronics, wires, and other equipment no longer used by the mining facility. E-waste from bitcoin mining is equivalent to the volume of the Netherlands.

As part of its transition to a fully decentralized network, Ethereum plans to switch from mining to staking for transaction validation. This will drastically cut down on the energy consumed by the blockchain to support their cryptocurrency market and other future virtual currencies.

What is a blockchain, and How Does it Work?

A blockchain is a digital ledger that identifies and tracks transactions on a computer network so that no records can be altered retroactively with the modification in subsequent blocks or consensus among the network. Blockchain continues to be associated with bitcoin. However, other blockchain alternative applications, including streamlining cross-border payment systems, legal contracts, and car leasing with supply chains, continue to promote other blockchain projects.

If companies want to use blockchains for bitcoin transactions and mining, they must first figure out how to manage the energy costs associated with running them. The future of blockchain will include the following:

How does Cryptocurrency Work?

A cryptocurrency (Bitcoin and Ethereum) is a digital currency that pays for daily purchases or more significant items through public blockchain networks. This can be acquired via digital currency or exchanges or transferred via blockchains when purchased by the buyer or with digital cash registering the transactions and their owners. The appeal of cryptocurrency is that all information has been encrypted using the use of cryptography and is encrypted.

Cryptocurrencies don’t require transaction fees, encouraging people to trust digital assets and see them as an essential part of their financial lives.

Cryptocurrencies are a global economy where all users exchange currency regardless if they’re citizens of a particular country. This is especially true for entrepreneurs who aren’t bound by borders but are free to interact with people from different countries. Cryptocurrencies can help smaller companies by providing them with some advantages.

The Process of Transactions

Blockchain technology has essential features such as confirmation and authorization. If two people want to make a transaction with private and public keys, the first person will add the transaction data to their private keys. It organized the complete info in blocks. A digital signature identifier, timestamp, and other valuable data are included. Note that the block does not identify all the persons involved in the sale.

What is a Blockchain Ledger?

Blockchain-based distributed ledgers recording transaction records with the most current cryptographic hash are at the core of a blockchain strategy. Blockchain adoption represents a chain of data blocks. The amount of storage within blocks depends on the type of blockchain. Bitcoin blockchain Blocks can contain information about sending a transaction number, recipient, or sender. The challenge with developing a blockchain solution is the need for blockchain companies with the expertise to manage a blockchain implementation. Many traditional IT consulting firms are slowly adding resources to help companies with their blockchain technology strategy. However, there is still a considerable shortage of global talent with expertise in public blockchain and digital currency.

Why is Blockchain Important?

Traditional data-management technologies provide many difficulties in the recording of money transfers. For example, take the example of letting go of an asset. After transferring the funds, they sold the property to a new owner. Both buyers and sellers can record individual transactions, and the source is impossible to trust. The purchaser can readily claim the seller did not receive it when it had, while the buyer can argue the same. A trustworthy third party has to monitor the transactions to ensure the safety of the transaction.

Blockchains have affected social issues, and the technology employs a distributed ledger in decentralized Networks to allow quick and efficient search for “blocks of a chain.” They monitor all transactions on the blockchain system from entry to destination.

Apart from Bitcoin in its current form, transaction costs for most crypto-currency (cryptocurrency) and blockchain (decentralized ledger technology) enthusiasts are minimal. Unlike traditional banks, which require an initial investment into a physical asset, there are no additional costs associated with using these technologies. This makes them ideal for people who want to save money without worrying about paying rent, utilities, or employees.

Blockchain-based systems store information about money and cryptocurrency transactions but also have information about the product and other information. Typically, food products will be delivered on their eventual arrival. These statistics are of benefit as they will easily trace them.

Blockchain technology allows users to store information online, trusting no third parties. In addition, the system provides an immutable record of transactions, allowing anyone to verify the validity of documents and contracts. Because of these features, blockchain technology could revolutionize the financial industry, eliminating fraud and corruption. Blockchain technology can dramatically lower the costs associated with doing things internally. As a result, it could provide a significant return on investment (ROI) for every dollar invested.

However, because the technology is so new, it remains challenging to determine whether blockchain will replace traditional payment methods.

Building a strong coding portfolio takes hard work and dedication. Whether you’re just starting in the field or advancing your career, learning how to create an education plan that aligns with your career goals saves you time and money. This also delivers the most significant return on your investment.

You’ve chosen an education plan with a goal in mind, and now you’re focused on making the most of your educational resources to ensure you’re setting yourself up for success in the job market. The most impactful recommendation we give to all new CIAT students in the tech field is not to wait until graduation to start their IT career planning. When you begin your career planning steps from day 1 of your program, you graduate career-ready and are more likely to find your first job quickly, with competitive salary ranges.

When landing your dream job, CIAT supports its students every step of the way – ensuring you graduate with more than just a degree. Our IT career services team focuses on both your professional and personal development to help prepare you for a career in web development, mobile app development, information technology, cybersecurity, networking, and more.

Get certified, earn your degree, and start your path to a new career with:

Talk To An Advisor
Return to all articles

Get the latest updated information on courses, degree programs and more…